Who says that snacks or breakfast have to be different? This Apple Cinnamon Chia Pudding recipe is one that we’ve found that tastes great and you can feel good about eating it.

After all, who doesn’t love pudding?! It’s such a fun texture to eat and the added apple cinnamon taste and flavor to this chia seed pudding recipe will have you coming back for more.

This is a unique pudding recipe because of the added chia ingredients. Every single bite gives you a burst of apple flavor with the subtle aftertaste of delicious cinnamon.

And one of the biggest aspects that makes this recipe awesome is that it’s easy and healthy. If you’re looking for something quick and simple that is certain to be a hit, you’re going to want to give this one a try.

Plus, it’s literally no-bake! You don’t have to worry about turning on your oven or cooking anything. To me, that is a win!

Some of the ingredients you will need to make this Chia Seed Pudding Recipe is in this picture below. However, I have the full ingredients and recipe to print out towards the bottom of the page.

affiliate links can be found on this blog at no cost to you.

This recipe only calls for a few ingredients and if you’re looking for something simple and easy that’s no-bake, this is the one for you!

In a large bowl, whisk together the milk, honey, and cinnamon.

Add your chia seeds into the milk mixture and whisk some more.

Add the chia seed mixture into a food container and allow it to set overnight in the refrigerator.

Serve in individual cups/bowls and top off with diced apple and granola.

You can top with some granola or even some additional cinnamon as well.

Serve this healthy breakfast idea to the whole family in the morning or make them an afternoon snack.

Once you make this homemade pudding, your kids will love these snack ideas too.

We tend to make this more during the fall season, but it’s really one recipe that can be made all year long. The hardest part of this recipe is going to be deciding when you’re going to enjoy this delicious Apple Cinnamon Chia Seed Pudding recipe. Should you eat it in the morning hours or wait for later in the day?! It sounds like a great “problem” to have, right?!

Studies have shown that if you like this, you will also love the following recipes. I have pulled them together for you right here!

This recipe can be used for breakfast or as an after-dinner treat. There are many mornings when we’ve woken up and had a nice big bowl of this to start off our day.

With it being so simple to make and packed full of great ingredients, I don’t see anything wrong with enjoying this early in the morning. 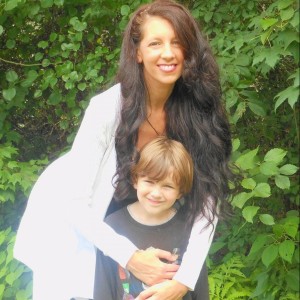 Get Easy Recipes Straight To Your Inbox!

Be The FIRST To Grab The Latest Family Recipes

By subscribing to our newsletter, you consent to receive new recipes and occasional promotional emails related to easy recipes.